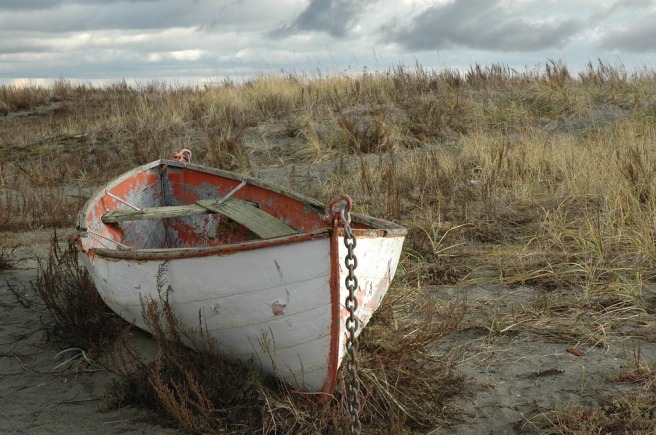 This story came from another r/writingprompts post on Reddit: “The GPS doesn’t take you where you ask, but where you need to go.”

“No wonder these things were on clearance,” I mutter, pulling the unit off my windshield and tossing it into the glove box. Despite putting the summer camp’s address in multiple times, and turning it off and on, the damned thing won’t show the route beyond some middle-of-nowhere place called Hardwick, NJ. So much for finally overcoming my navigational challenges this summer.

“Christa!” I yell out the window, “don’t forget to lock the door behind you!”

“I know!” she calls back, as she leaves the house with the last of her things. She gets in and tosses her bag into the back seat with the rest of her luggage. The earbuds are in her ears before I’ve even started the car. Teenagers, man. I don’t bother asking her to navigate; it’s probably too soon for that.

I sigh, plugging my phone into its charger and typing the address on it. The full directions pop up, and I resign to a few hours of glancing at the phone screen while I drive.

We ride without event, me with NPR playing quietly, her with whatever it is she listens to these days. I asked once, but when she pulled the aux cord out for me, I couldn’t recognize the sounds coming from her phone. She had smiled sadly, and gone back to listening. I let her; she needs space. I think.

An hour away from home, the exit for Hardwick catches my attention, and I wonder about the broken GPS. Why did it stop there? But I can’t stop there; I have to get Christa to camp in time for orientation. Not that she needs it; she’s been going to camp for years, but the camp insists. In any case, I think we’re both ready for the time apart.

I know that sounds horrible, that the camp staff wouldn’t understand if I said that to them. I know they would think I’m a horrible parent. But they don’t know us. They don’t know our family. I love my daughter more than anyone in the world, and I know that underneath her hard exterior, she loves me, too. We just need time.

We stop at our usual diner for lunch. She takes the ear buds out, but doesn’t have much to say. She’s texting. I let her. She orders a veggie burger, new on the menu this year. I remember she used to like the barbeque ribs. How things change.

When we get back in the car, she notices a ketchup stain on her shorts, and opens the glove box to look for a napkin.

She shrugs her shoulders and puts it back, then finds a napkin to wipe at the ketchup with. “Didn’t know they still made those things,” she says quietly, and it makes me think of you.

“Didn’t know they still made these things,” you’d said, flipping too quickly though the pages of the funeral booklet. “Don’t we have all the photos we need online? Why waste the paper, the ink?” You were always the earth-conscious one.

“I think some people will find it comforting,” I’d ventured. You were having none of it, though, rolling your eyes and placing the booklet back on the table.

“Well, I don’t need one. I have all the photos and memories I need.”

I didn’t know whether to admire you, or hold you. What was one supposed to do when their girlfriend’s mother died? I was just a kid, and so were you. Neither of us had experienced death before.

In the following weeks, I never knew what to say. It was new for me – so used to being the crowd-pleaser, the center of attention, the one who always lit up a room. But I could no longer light up a room if you were in it; you couldn’t see light in anything. And so, slowly, we drifted apart. What we thought was love turned out to be something smaller, weaker, with each day that passed, until it was nothing at all.

We never really said goodbye. Never really talked about it. We just drifted further and further apart, two rowboats set to sea with just one oar each, and I never quite felt the same afterward. I’d lost a co-captain, a navigator.

I pull into the camp’s driveway and follow the signs to Christa’s cabin. Her earbuds are out before I’ve even stopped the car, and she’s running out the door to hug her friends from last summer. I’m content to unload her things from the car and bring them into her cabin, away from the crowd of other parents and their small talk, their probing questions.

Christa eventually makes it to the cabin and picks out a bed. As she puts on the sheets, pride swells in my chest. She’s putting on a strong face. She’d hate if I mentioned it, of course, so I don’t.

“Well, I think my work here is done,” I say, gesturing to her belongings as she places her pillow on the bed. She turns to me, finally smiling, and opens her arms wide for a hug.

As I get back in my car and drive away, she waves. In my rearview mirror, I see her rejoin her friends at the picnic tables. I let the tears fall.

On the road again, my mind wanders wildly. I’m overwhelmed, mind racing, thinking about the months between when I was last here, and the difference in the silence of Christa’s absence compared to the silence of her presence, when I remember the GPS unit. I pull it out of the glove box and turn it on, attaching it to my windshield. I need something to occupy my mind.

“Let’s see what you’ve got, Hardwick,” I say, turning up the radio as the map loads.

A while later, I’m cresting a hill as the GPS announces that I’ve reached my destination. A yellow house comes into view – isolated, but not lonely. There’s a well-kept flower garden out front, and part of a hammock peeks out from a porch in the back. I slow the car and pull to a stop directly in front of the house.

What am I doing here? Am I going to just walk up to the front door? “Hey, my broken GPS seems to think this place is pretty important. Crazy, huh?” No, I’m the crazy one. I’ve just put the car back in drive when the front door opens, and I see you.

And you see me.

Awkwardly, I put the car back in park and turn off the engine. When we embrace, all my worry melts away. It feels exactly as it did all that time ago.

We loosen our hold, leaning back, arms lingering on one another, hesitant to let go.

“It’s been a tough year,” I answer, my eyes full of tears, your eyes full of empathy. I take another deep breath.

You let out a small gasp, and pull me close again.

“I’m so sorry,” you tell me, holding me tightly. “Why don’t you come in? I’ll make you something to drink.”

Content creator by day, poet and flash fiction writer by night, I occasionally manage to get out of the house to enjoy New Orleans as it's meant to be. View all posts by shannonburtonwrites

There are adult concepts, mild language, and difficult topics in some of these stories and poems, including allusions to rape, suicide, and abuse.

Professional Content Writing and Editing services can be found at ContentByBurton.com